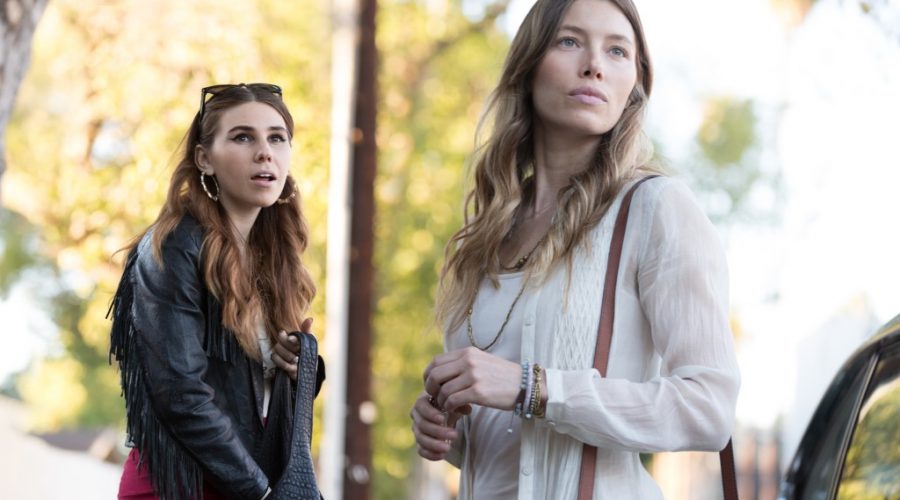 Jesse’s film, “Bleeding Heart,” recently announced that the film would premiere on VOD on November 3rd and then would head to select theaters on December 11th.

Here is a new still which features Shiva (Zosia Mamet) and May (Jessica Biel). I did post the poster but have removed it until the film officially releases it to the media, sorry for any inconvenience!