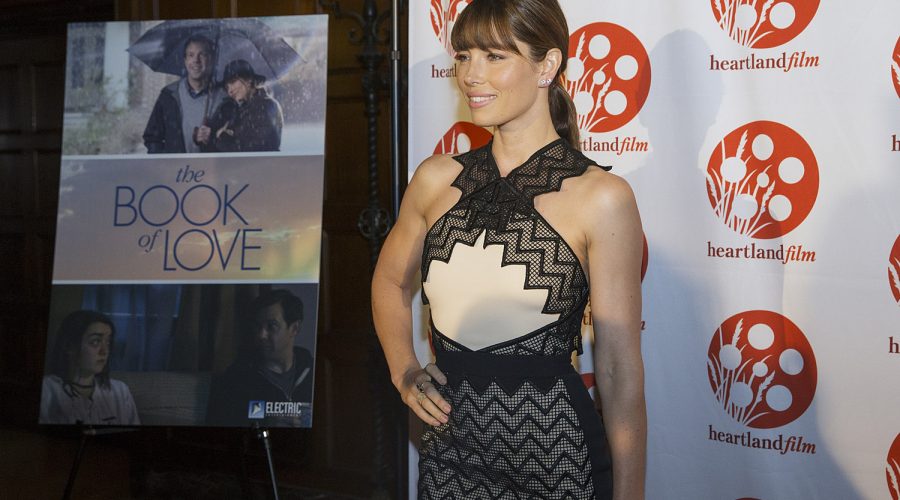 Jessica Biel was at the screening for “The Book of Love” at the Heartland Film Festival on October 20th, 2016.

This is the third, and final, screening for the film that Jessica will attend, and she went out with a bang.

“The Book of Love” launched this years’ festival and was received well by critics and fans.

Henry is an introverted architect. After the death of his wife in a car accident, he sets out to help Millie, a homeless teen, to build a raft to sail across the Atlantic.