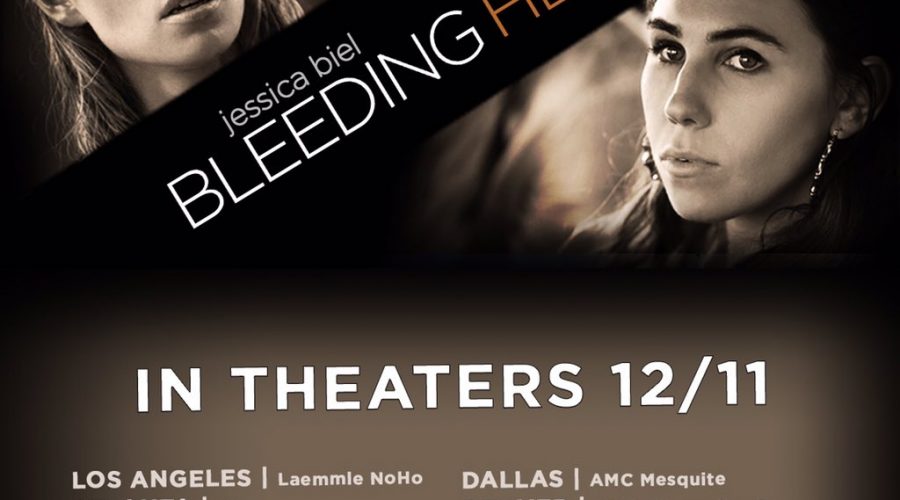 The film will be playing in L.A., Atlanta, Sanfrancisco, Seattle, Chicago, Dallas, Denver, Houston, Kansas City and Philadelphia! I have added the info graphic with all the location names on them as well. Reviews for the film have been coming in and the majority of them have been wonderful, check a few out below:

“Bleeding Heart” is a fascinating film, though a tad predictable. If nothing else, it recognizes the underappreciated work of Jessica Biel and Zosia Mamet, and places writer/director Diane Bell at the forefront of exciting indie filmmakers. – Full Review

Ironies are sliced thick and violence offers little surprise, but the feature manages matters of the heart quite well, even with little narrative to explore. – Full Review

Bleeding Heart shows that all the asanas in the world can’t change a man with hate in his heart. – Full Review

Biel turns in a fine performance as the unlikely violent hero, but Mamet excels in a role far different than her Shoshanna on HBO’s Girls. – Full Review

Are the positive reviews and Jessica not enough to get you there? Okay okay, check out these clips that were released earlier this week:

Note: These clips may be NSFW due to language.

If you had the pleasure of checking out the film already, since it’s available on VOD, then you already know what a treat this is. I urge every Biel fan to go and check it out if it’s playing a theater near you!