My Trip to the “The Truth About Emanuel” Premiere I was at the Premiere for “The Truth About Emanuel” in Hollywood, CA on December 4th, where I was able to meet Jessica.

By now, most of you know that I have been working with the Director and Producers of “The Truth About Emanuel” where I have designed a festival poster and their official website. I was able to attend a screening at the CAA in April where I met Francesca, Kaya, and a few other actors. Then I was invited to the Red Carpet screening at the Arclight Theater in Hollywood, CA and I kind of died.

With about 2 weeks notice, my friend and I rushed to plan our trip and get everything in order. Once we arrived at the theater, there was a lot of commotion and I was quite confused why all these teal-haired teens were freaking out for a premiere that wasn’t starting for 30 minutes, then realized it was Lana Del Rey’s “Tropico” Premiering at the same theater and she was walking through a flurry of fans.

It was cool seeing the red carpet and the press standing in line waiting for the stars to arrive. It became quite clear when Jesse showed up as a flock of paparazzi ran towards her and the camera’s started flashing. We watched Jess walk the carpet for a little bit but moved inside because it was freeeezing. We then migrated to the theater where Francesca, Kaya, and Jesse introduced the film and we watched.

After the movie ended, we made our way to Wood & Vine where the after party was being hosted. This was probably the most fun I’ve ever had at any event, ever.. Free food, drinks, and surrounded by cool people, it was insane. Jess took photos with Francesca, Kaya, and Rooney Mara for a while, once she was finished I was introduced to Jess, we talked for a bit and then we snapped a few pics together. I won’t say much since it’s kind of a personal, for lack of a better word, but I will say she is just as kind and generous as you’d think. 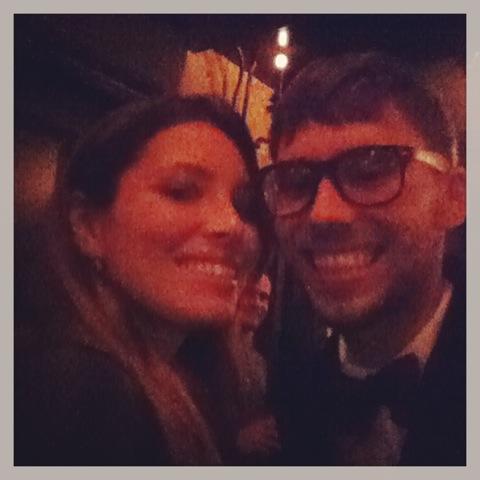 Shortly after, Jess left and my friend and I got to mingle until the party was over. As I have mentioned above, it was truly an insane experience and I can’t thank Francesca and the team enough for allowing me to attend. Be sure to check “The Truth About Emanuel” on iTunes, Amazon, and other online retailers as well before it’s in theaters January 10th, 2014!